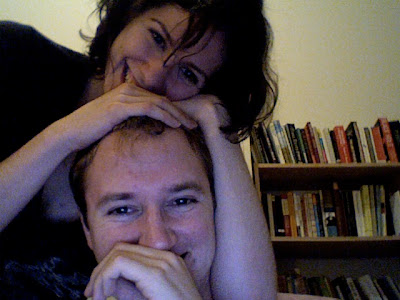 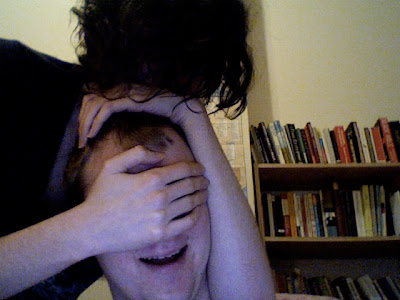 so. 5 poems are being published in a pamphlet and packaged along with any order at all from greying ghost. ANY ORDER AT ALL. until there are no more.

girlfriend typed that code in just now. she's a winner. these here are pictures of her, winning.

writing a sentence for a luca dipierro animation that turned out to be about what most of my poems are about. this is a rough draft of the sentence:
"and I will place my hands upon the table and I will set your house on fire and you will weep and while your tears turn into rivers full of fish I will watch as the birds they tear you limb from limb."

this is actually a closer to finished draft of the sentence. it needs to be as long as the animation i have decided, but i talk sort of fast, so there's that.

i got 19 names for our band in the mail today. thursday i got duties of an english foreign secretary. i am excited about both of these. i ordered the stupefying flashbulbs today, on the recommendation of blake butler, who is a fool. and old.

i am kidding i like blake and he is fun to drink with too.

book is officially being published in june. going to have a book release party in new york and another one in philly. this is all in theory. which is a place that exists in my head. and also apparently on the internets.